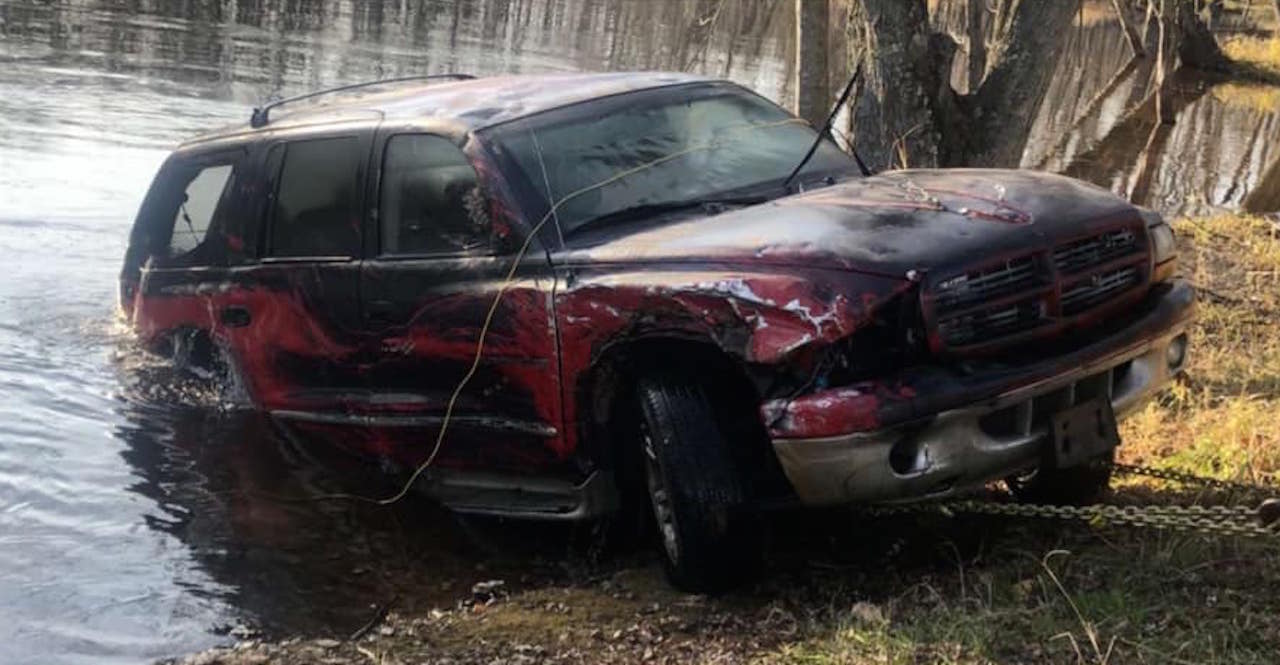 KAUKAUNA — Kaukauna police say they have have recovered the red Dodge Durango and located the suspects in an October pursuit that damaged a squad car.

In a Facebook post Friday evening, the police department wrote, “Officers were able to locate the red Dodge Durango involved in the October 27th pursuit. The parties responsible for the incident were also located.”

The post included photos of the vehicle being pulled from under water.

Police are thanking the community for the many tips and shares which assisted us in the investigation.

Kaukauna police attempted to stop a red Dodge Durango about 4:30 a.m. Oct. 27 for having no plates on the vehicle. Police first saw the vehicle driving west on Dodge Street. near Eagles Court.

When police attempted to stop the vehicle, the driver refused and then took off, according to a police news release.

The officer followed the vehicle, which eventually drove into the parking lot of the Kaukauna Gun Range.

That’s where the driver intentionally rammed the squad car, according to police.

The vehicle then left the parking lot and continued westbound on Dodge Street.

The officer was uninjured in the crash, but the squad was left disabled and unable to continue its pursuit.

The officer was able to identify that the Durango was being driven by a woman and a male was a passenger.

As the vehicle was leaving the scene, a second Kaukauna officer that was responding to the scene saw the Durango driving at him.

That officer activated his emergency lights and siren in an attempt to stop the suspect vehicle.

The driver again refused to stop and attempted to get away.

The officer pursued the vehicle for about 3 miles and then decided to terminate the pursuit due to the erratic driving of the operator of the Dodge Durango.